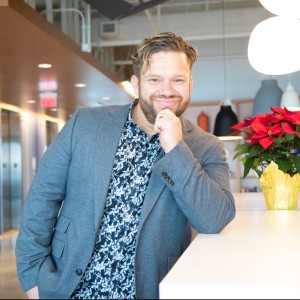 The new year is coming and it is a good idea to start planning ahead, hence the reason we wanted to give you some mobile-friendly website tips. While 2016 isn’t over, it is already time to start planning your digital marketing and advertising strategy for 2017.

The last five years have seen an explosion in the adoption of mobile devices and high-speed Internet access. The surge in consumer behavior and interaction with the Internet has changed rapidly too. According to Internet Retailer in 2015 Mobile commerce made up more than 30% of all U.S. e-commerce. And that number will only increase in 2016 and 2017. That’s why we urge you to ensure you have a mobile-friendly website.

It is with this trend in mind that Google has recently revised its all-powerful search algorithm. Business owners must understand these new changes in Google’s algorithm for 2017 and develop a strategy that helps their sites stand out and not get pushed down in Google’s ranking.

A key part of that strategy is ensuring that your mobile-friendly website stays up-to-date with Google’s ever-changing algorithm – especially when it comes to obtrusive vs. reasonably used “interstitials.” Click here to read the announcement from Google.

What Does Google Mean By Interstitial?

Interstitial traditionally means the space in-between tissues, atoms, etc. In the world of digital marketing and Internet marketing, interstitial refers to anything between the user and the content that the user is not expecting to see. In short, banner ads and pop-ups that take away from the user experience and content access are considered by Google to be obtrusive interstitials and that is bad.

A Recent History of Google’s Algorithm

In 2015 Google announced that websites would need to be mobile “friendly” also known as mobile “responsive” or they would not rank as they once had. In the aftermath of that algorithm tweak, websites that the algorithm determined were not mobile responsive dropped significantly in search results. But those sites that were optimized to take advantage of Google’s tweak saw their rankings surge in search results.

But why the update to the algorithm in 2015?

Simply put, the number of search queries on mobile devices surpassed those on traditional computers. Your customers are spending more time than ever using their mobile devices to shop, research, communicate and have fun – Google knows that and wants to ensure that the content and the sites they are ranking get the content fast and seamlessly to the visitor. Having a mobile-friendly website is more important than ever.

So What About Google’s Algorithm for 2017… Watch Those Pop-Ups!!

As mobile search and traffic surged in the last two years, the same troublesome “pop-ups” that plagued computer web-browsers for years worked their way onto mobile sites. Google’s algorithm in 2017 will be able to identify the type of “pop-up” and reward or penalize your site in search ranking accordingly. They are considering these attempts to get attention distracting and not a mobile-friendly website.

What Can You Do To Maximize Your Site’s Mobile Search Rankings?

The good news is that Google doesn’t treat all “pop-ups” or banner advertisements the same. Google can identify pop-ups that are required by law or required to access secured content such as financial, medical and legal account information. Those pop-ups are obviously needed in order to comply with legal or security protocols and are NOT penalized by Google. Google can also identify if a banner ad is intrusive or not.

While this can seem to be a major undertaking for small and mid-sized businesses, the good news is that the updates to Google’s algorithm do not take effect until January 10, 2017, thereby giving businesses time to plan and be ready. If your business doesn’t have the resources or expertise to prepare in time or are unsure about how to best manage the change, contact the team at IMPROZ-Houston Marketing Company for a complete review of your online advertising and pop-up compliance.

Start increasing your marketing ROI today! Contact us and learn how partnering with IMPROZ can give you the results you’re looking for! The button is right over there – we’ll talk to you soon.

Copyright © 2021 · IMPROZ MARKETING · All Rights Reserved. · Unauthorized use is prohibited.